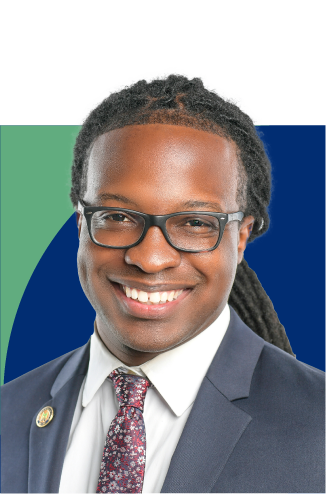 Terrance Smith brings over a decade of experience in the public sector to his role as one of the inaugural Bloomberg Public Innovation Fellows at Johns Hopkins University. Previously Terrance led an innovation team in the City of Mobile, Alabama that has drawn local praise and national attention for deploying innovative approaches to improving quality of life for residents. He is the founder of the Office of Strategic Initiatives, which houses the Innovation Team and Datacenter. Earlier in his career he was responsible for developing, operating and scaling the prototype for Alabama’s first charter school. Bloomberg’s CityLab named Terrace one of “Six Innovators to Watch” and he has appeared on the cover of the Mobile Bay Magazine’ Forty Under 40 issue. He is a Traegar award winner, which recognizes the nation’s top engaging local government leaders. He was appointed to the Leadership Alabama Commission on Race and Equity and serves as a member of the USA College of Education and Professional Studies Advisory Council. Additionally, he is a graduate of Leadership Mobile and the Alabama Leadership Initiative.

Terrance is a graduate of the University of South Alabama and, as a native of Mobile, has a deep-rooted connection to Mobile County and its surrounding areas. He continuously pours himself into fostering community growth by mentoring local youth, serving as a board member to several organizations, building relationships with local, national, and global leaders, to help blur the line between officials and the citizenry that they serve.